Clay County is home to Rolley Hole, a rustic, decades-old marbles game that is also unique to a two-county area. Standing Stone State Rustic Park, where the Rolley Hole world championship is held each year, is only 10 minutes away.

The Historic Clay County Courthouse is in the process of establishing a Rolley Hole Museum. For articles and photos featuring Rolley Hole and some of the players who made it famous – like Dumas Walker  and Bud Garrett –  click HERE for the Rolley Hole online archive.

The type of marbles played in Clay County – Rolley Hole – is something of a cultural phenomenon. The game is played basically only in our county and in neighboring Monroe County, Kentucky. It has garnered nationwide media coverage through the decades. Rolley Hole has been highlighted by CBS news, National Geographic magazine, Sports Illustrated and other major news outlets. 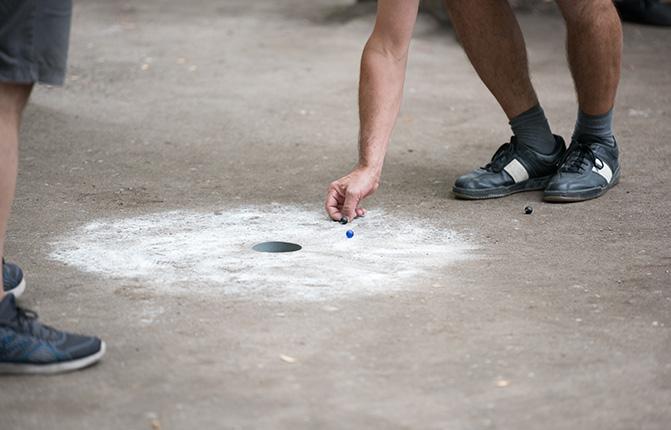 Rolley Hole marbles has seen the passing of a baton in Clay County in the past few years, as a younger group of county residents has given the sport something of a revival. This is a game played by youngsters, young and middle-aged adults, and seniors alike. It’s not unusual to see multiple generations of a family at the marble yard. Making flint marbles is a crucial component of this revival, and younger marble makers are being developed. 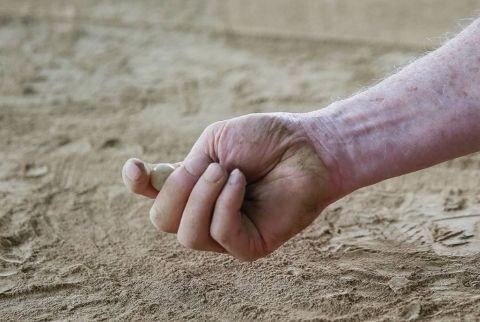 The traditional Clay County game of Rolley Hole will soon be honored with its own museum in the historic courthouse as it as it continues to gain popularity.

Learn more about it.