Free Hill (sometimes called Free Hills) is an African American community established in the Upper Cumberland before the Civil War. It is located northeast of Celina in a remote section of Clay County near the Kentucky border. The original inhabitants were the freed slaves of Virginia Hill, the daughter of a wealthy North Carolina planter.

Hill purchased 2,000 acres of isolated and hilly land in what was then Overton County. She then freed the slaves, turned the property over to them and left the area. Folklore suggests that among the blacks were her mulatto children Rube, Josh, Betty and Marie.

Free Hill refers to the surname of the original residents as well as their legal status. Thus, the community’s name distinguished them from the slaves of owners with the same surname. The community conferred some degree of freedom on its residents and afforded protection for runaway slaves and black outlaws reaching the isolated region. The name also described the region’s remote and hilly physical geography. This provided a haven for antebellum runaway slaves and post-Civil War freedmen

Free Hill stands as a testament to the resolve of African Americans to retain their sociocultural distinctiveness and promote self-help in an atmosphere of segregation and discrimination. During its heyday, Free Hill contained two grocery stores, three clubs, two eateries, two churches, a school, skilled artisans, and three hundred residents. Although a small, close-knit contingent remains in the black settlement, the community has declined since the 1960s. A substantial number of residents deserted farming and moved to more prosperous areas for economic gain. 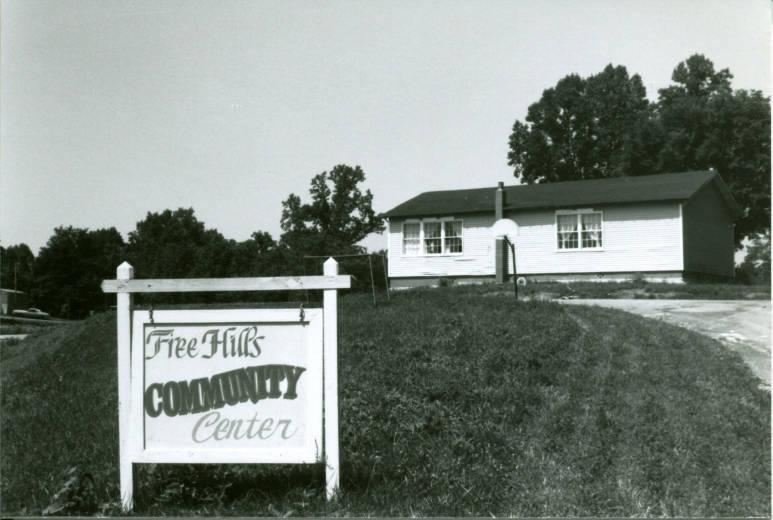 The Rosenwald Fund was founded in 1917 by Julius Rosenwald, who amassed a fortune in various executive and governance roles for Sears, Roebuck &

Company around the turn of the 20th Century. The foundation differed from most other charitable endowments in that it was scheduled to be dissolved at a pre-specified date, before which all of its funds would be exhausted. Rosenwald’s philanthropic activities bear the influence of the era’s prominent social reformers, particularly those active in Rosenwald’s native Chicago. However, it was Booker T. Washington of Alabama’s Tuskegee Institute who would forge the intellectual, emotional, and organizational foundation of the fund’s most well-known program. Through his interactions with Washington and other similarly disposed individuals, Rosenwald came to understand racial prejudice as the most significant hindrance to social advancement.

Washington encouraged Rosenwald to incorporate this assessment into the core principles of his Foundation.

The most notable result was an extensive school building project serving predominantly black communities in the rural south. A testament to Washington’s philosophy of “self-help,” the project depended on matching contributions, drawing heavily from prominent philanthropists and disadvantaged affected communities alike.

Consequently, a sizable portion of matching requirements could only be fulfilled by sweat equity dedicated by local volunteers. Ultimately, contributions valued at approximately $4.7 million were leveraged to secure just over $4 million of Rosenwald Fund grants throughout the life of the program. These resources supported the construction of upwards of 5,000 school buildings

In Free Hill, the partnership between the Rosenwald Fund and local residents began in 1929, when several families donated the land on which the school building would be located. This gift and the commitment of numerous neighborhood volunteers matched a Rosenwald Fund grant to finish the construction of the Free Hill Rosenwald School in early 1930. As most Rosenwald school houses were conceived from stock blueprints adapted for local considerations, the Free Hill school shares abundant design features with peer facilities around the region in support of common objectives and themes. Indeed, cursory observation reveals a clear preference for economy and reproducibility in construction. As a result, the Free Hill Rosenwald School and its kin represent not only the ancestry of vibrant, unique communities but also the message of broader movement and its collective philosophy.

From its inauguration in 1930 until the integration of Clay County Schools in 1966, the Free Hill Rosenwald School served as the primary K-8 institution for black students in the immediate region. The establishment of a reliable environment for students and teachers precipitated a marked improvement in the community’s educational climate. Consequently, this period of activity formed a crucial and poignant component of Free Hill residents’ collective memory, forged the outlook and disposition of countless prominent individuals throughout the region and country.

During its existence, the school has been updated several times to preserve and expand its educational, and later, communal utility. However, most of these improvements failed to address fundamental deficiencies emerging as the building aged. Fortunately, in 2012, the Free Hill Community Club amassed enough grassroots and external support to commission a comprehensive renovation. 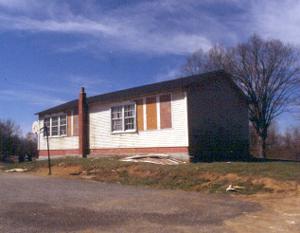 As a result, the building’s original, dilapidated façade was restored with new siding reflecting the building’s initial character. Meanwhile, aging windows were swapped with more efficient models nearly identical in appearance. Inside, modern bathrooms were added and the  kitchen was expanded to accommodate more diverse and demanding activities.

Download the comprehensive assessment of the school’s renovation needs, which includes photos. 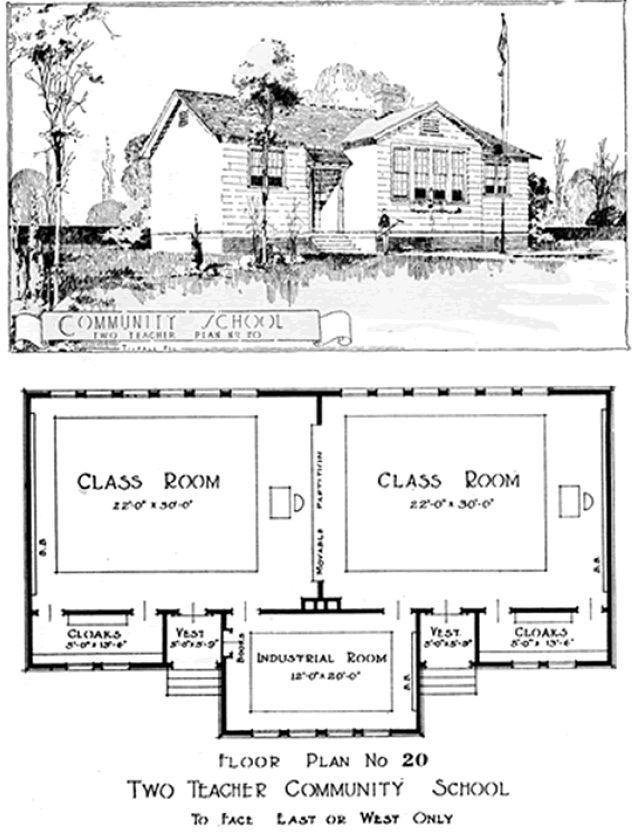 The Rosenwald School of the Free Hills community in Clay County, Tennessee, was but one of 354 Rosenwald schools built, with only about 30 still standing. In the year 2000, the National Trust placed these schools on its list of 11 Most Endangered Historic Places.

A Rosenwald School was the name informally applied to over 5,000 schools, shops and teachers’ homes in the United States, built primarily for the education of African Americans in the early 20th century.

The name originated with Julius Rosenwald, an American clothier who became part-owner and president of Sears, Roebuck and Company, and founder of The Rosenwald Fund.

Many of the schools and other philanthropic causes were paid for through this fund. A requirement of grants for local matching funds resulted in community efforts which raised millions of dollars.

From its inception, the Free Hill Community Club has devoted a preponderance of its resources towards preserving and uncovering the lineage of Free Hill’s historic population. This endeavor has breathed new life into previously untapped oral tradition and family artifacts, weaving them into a vivid tapestry worthy of universal pride. Most prominently, collaboration between the Community Club and Smithsonian Institute has yielded numerous compelling yet accessible portrayals of Free Hill’s cultural bounty in a variety of media. Indeed, the righteous fervor with which today’s Free Hill residents treat their history serves as a paragon of virtue and intellectual rigor for other fledgling communities with rich histories.

In September 1993, the State of Tennessee placed a historic marker on Highway 53 identifying the entrance to this African American community and commemorating its uniqueness. Free Hill’s historic Rosenwald school was listed in the National Register of Historic Places in 1996. Folklorists also have conducted several research projects at Free Hill, documenting the community’s significant place within the folk life of the Upper Cumberland.

Despite closing nearly half a century ago, the Free Hill Rosenwald School’s status as the primary congregating place of its storied community has endured uninterrupted. In its new role as the Free Hill Community Center, these rustic premises continue to host yearly meetings marking the convergence of hundreds of participants from throughout the country, whose personal development bears the indelible influence of this communal space. In addition, the center serves several more regularly occurring functions that vigorously sustain the neighborhood’s cultural import. A comprehensive sample of these recurring events includes: Hat Show; Fashion Show; Ladies’ Day; Weekly Bible Study/Other Church meetings; Bazaar; Fish Fry; Homecoming. 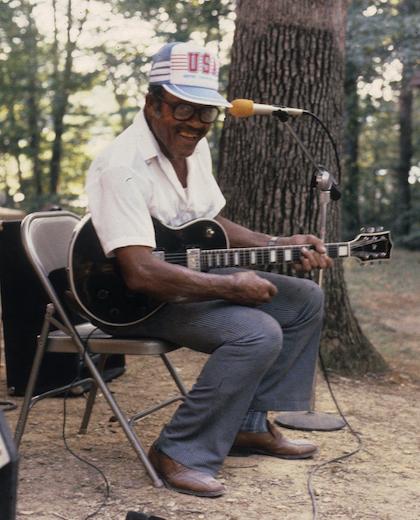 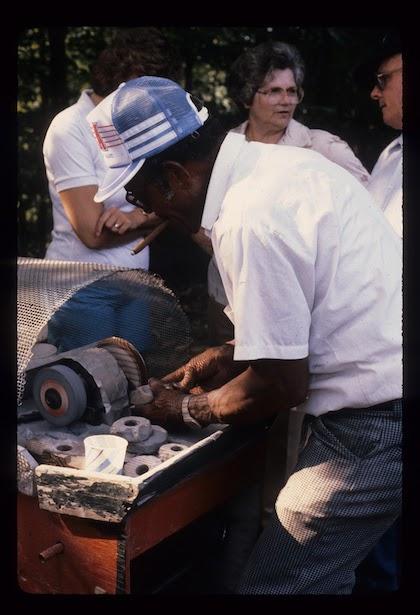 Introduced to music through his fiddle-playing father, John Tom Garrett, Bud took on the guitar during its emergence as the primary voice of American popular music. As he refined his art accompanying older musicians playing local engagements, Bud amassed an extensive musical vocabulary of blues, country, big band, and vaudeville styles encompassing the traditional and popular palette of his native environment.

In the 1950s, Garrett would solidify his musical legacy releasing two original tunes on the Excello label.

Meanwhile, he remained in Free Hill his entire life, operating a reputable junkyard and crafting flint marbles for playing Rolley Hole from a makeshift machine in his spare time (shown left).

From the 1970s until his death in 1987, Garrett featured prominently in various celebrations of Tennessee folklore and heritage, sharing his artistry with new generations.