From Clay County’s Past 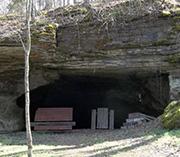 Four-tenths mile west of the intersection of Bakerton Road and Trace Creek Road, Leonard Community
In the early 1900s the Tennessee State Geology Department unearthed four large skeletons and other artifacts that established that the Leonard Cave had served as a burial ground for Native Americans. Two of the skeletons were placed in the Tennessee State Museum. The opening of the cave is larger than that of Mammoth Cave in Kentucky. The cave has a very large room at the entrance that leads to another room. A stairway from this room leads to an upstairs room. At one time the cave was made into a dance and beer hall. It is now deserted and has become a destination for paranormal explorers. 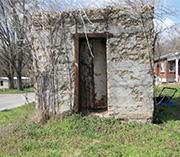 Corner of Little Trace Creek and Old Gamaliel Rd., Hermitage Springs
The original building was a bank owned by J.W. Green of Hermitage Springs. When the bank closed, the building was owned by different people and became a grocery store and other businesses, including a beauty shop in the back part. The building was demolished in the late 1970s or early 1980s, and the cement bank vault was left standing. 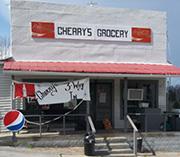 8158 Clay County Hwy. – Intersection of Clay County Highway and Tompkinsville Highway, Moss
Around 1939, Herman and Bethel Gass built a building for a restaurant at the point of three roads converging and leading to Celina, Tennessee; Red Boiling Springs, Tennessee; and Tompkinsville, Kentucky — thus the name 3-Way In. After a year or two, the building was bought by Winnie Cherry and turned into a country grocery store. In the late 1960s, William Cherry bought the store from Winnie. It is the only “country store” remaining in Clay County. 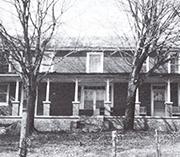 4200 Arcot Rd., Arcot Community
The McColgan Home was built in 1858 by Dr. Wilson McColgan (1825-1910) of brick burned by slaves who lived on the farm. The home had 14 rooms — five of which had fireplaces — a basement, and three chimneys. The walls of the home were four bricks thick. The McColgan family named the community of Arcot for their ancestral home in Scotland.

Intersection of River Avenue and Water Street, Celina
In 1832, James McColgan and Hugh Roberts laid off lots for a town site just south of the Obey River and just west of the Cumberland River. The town was named for Celina (Fisk) Christian, the eldest daughter of Moses Fisk, founder of Hilham, Tennessee. The town was incorporated on Feb. 2, 1848. On April 19, 1863, the Union Army’s 5th Indiana Cavalry burned Celina. The rebuilt town of Celina became the county seat of newly established Clay County in 1870 and was incorporated in 1909. As river traffic dwindled in the early 1900s, businesses gradually relocated to the Public Square. 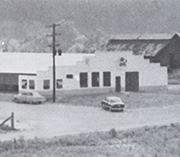 615 W. Lake Ave., Celina
On July 21, 1952, Dr. Champ Clark and Missouri native Bill Moulten announced that they would be partners in owning and operating a new processing plant that Breyers Ice Cream Company had agreed to establish below the Cumberland River Bridge. By the Spring of 1953, the plant was established, and local farmers began to grow and harvest large strawberry crops to supply the plant. By the early 1960s, the labor force in the area began to decline, and the Breyer Strawberry Plant closed. The Breyers Strawberry Plant was the first of many manufacturing plants in Clay County. 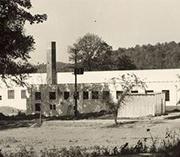 1012 Mitchell Street, Celina
A mainstay of the local economy for more than 40 years, the OshKosh B’Gosh clothing factory in Celina was constructed in late 1952 and early 1953. The first employees, hired by Plant Manager Hubert Holland, started to work in the early summer of 1953. The company was headquartered in Oshkosh, Wisconsin. At the time the manufacturing facility closed in 1996, the facility employed 302 people. 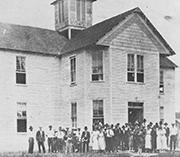 307 Lake Ave., Celina
Montvale Academy was organized April 13, 1882, by Isaiah Fitzgerald, A.P. Green, John H. McMillan, J.H. Stephens, V.P. Smith and William Love. Montvale Academy was an outstanding private school. Many of its students became doctors, lawyers, judges and teachers. Two of the most noted graduates were Congressman Cordell Hull and Governor Benton McMillan. Cordell Hull was instrumental in helping to create the United Nations and was Secretary of State under Franklin Roosevelt. Hull was also awarded the Nobel Peace Prize. The building that was Montvale Academy is the present-day Upton-May Funeral Home. 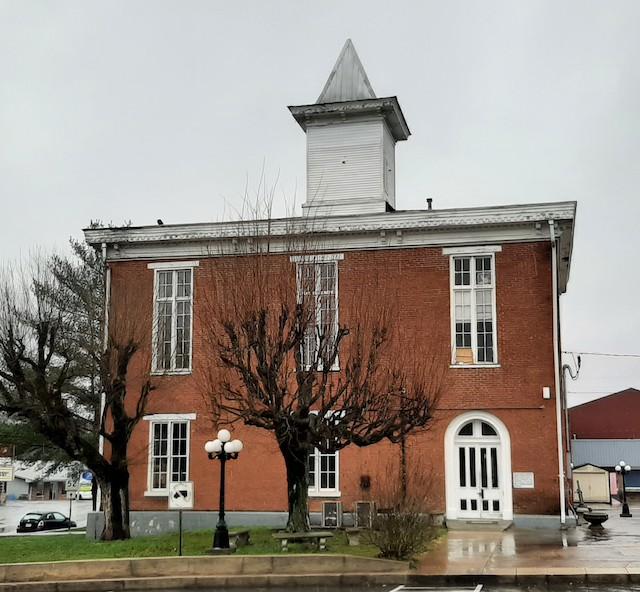 100 Main Street, Celina
Historic Clay County Courthouse was designed by D.L. Dow of Cookeville, Tennessee, and built of bricks made from clay taken from the public square. The contract price was $9,999. The first court session was held in the courthouse in June 1874. The last Clay County Government offices moved from the Courthouse to the new Clay County Government Complex in February 2012. It is now a center for arts, music, theater and history. A Rolley Hole Museum is currently being developed in the building. 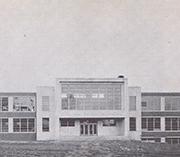 520 Brown Street, Celina
Clay County High School, the first public secondary school in the county, was established by the Clay County Board of Education in 1919. In 1933, the timber frame building was replaced with a larger two-story brick structure, and the name of the school was changed to Celina High School. A separate brick gymnasium was constructed on the campus in 1949. In 1955, a modern new two-story school with an auditorium in one wing and a cafeteria in the basement was built on the same site as the previous school. Celina High School closed in 2003 with the opening of Clay County High School. 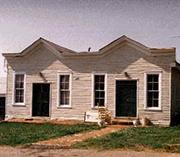 805 Brown St., Celina
The Cordell Hull Law Office seen today has been moved many times and has changed from a three-room building to two. Cordell Hull used the building as a law office in 1891. He pursued a political move in 1892. After a stint with the U.S. Army, including service in the Spanish-American War, Hull returned to Celina in 1901. He was elected special judge by the Clay County Bar and then elected judge in April 1903. He was then appointed judge by Governor Frazier and elected to the same position in August of the same year. After serving as a U.S. Representative from Tennessee, Hull became the longest-serving U.S. Secretary of State in the Franklin D. Roosevelt administration (1933-1944). Cordell Hull is best known as the Father of the United Nations and as a recipient of the 1945 Nobel Peace Prize. 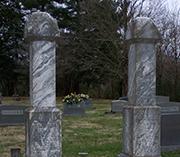 Off East Lake Avenue, Celina
The two tall obelisk monuments in the Fitzgerald Cemetery belong to William “Uncle Billy” Hull and Katherine (Riley) Hull, parents of Cordell Hull, longest serving Secretary of State (1933-1944) in the administration of President Franklin D. Roosevelt, including most of World War II. Known as the “Father of the United Nations,” Cordell Hull won the Nobel Peace Prize in 1945. Uncle Billy was a prominent log merchant, and Katherine was the daughter of “Uncle Bob” Riley of local folklore fame. The Hulls were originally interred on their farm in Old Town Celina, known locally as the Millard Kyle farm. The graves were relocated by Cordell Hull in the early 1950s.

1440 Free Hill Rd., Free Hill Community
“Rosenwald School” was the name informally applied to over 5,000 schools, shops and teachers’ homes in the United States built primarily for the education of African American children in the South, who were required to attend segregated schools. Julius Rosenwald, part owner and president of Sears, Roebuck and Company, was founder of the Rosenwald Fund. The Free Hill Rosenwald School was used from approximately 1925 to 1964. The structure, which is believed to be one of only about 30 Rosenwald schools still standing, was placed on the National Register of Historic Places in 1996 and currently houses the Free Hill Community Center. Read more here…

2022 Rock Springs Rd., Pea Ridge Community
The Congregation got its name from the beautiful streams of clear, cold water gushing from between huge layers of limestone. The church was organized the first Sunday in January 1805. It is believed to be the oldest, continuously existing Church of Christ in America. The first service was held in the little log home of John McAdams, which was to be “the meeting house” for some 15 years. By 1820, the congregation had outgrown the residence and decided to build a much larger log building which stood until about 1905. Since then, the current building has been the church’s home. The building has been remodeled several times over the years. 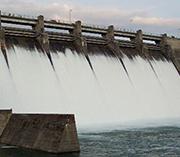 305 Powerhouse Rd., Celina
Construction of Dale Hollow Dam on the Obey River began in the early 1940s and was completed by the end of 1943. Flooding was a major threat to the people living along the Cumberland and Obey Rivers, and with the River and Harbor Act of 1938 came the plan for the dam. Due to World War II, the power plant was not put into operation until 1948. Although the forced removal of families who had built homes and communities, including Willow Grove, was devastating, the construction of Dale Hollow Dam and the impoundment of the lake helped to tame the flood waters and to provide hydroelectricity to a large region. 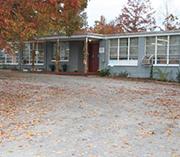 368 Cleo Johnson Rd., Allons, Tennessee, Willow Grove Community
Isolated from the rest of Clay County by Dale Hollow Lake, Maple Grove School is currently the smallest public school in Tennessee, with approximately 35 students and three teachers for grades K-8. The school was established in 1936 with 32 students. In 1942, the student population of Maple Grove School tripled in size when Willow Grove, Fairview and Pleasant Shade Schools closed with the formation of Dale Hollow Lake. This growth led to the building of the current facility in 1953-54. After peaking for several years at 80-90 students, the student population began to decline in the 1970s.

This Driving Tour is part of the Clay County Three-Star Program for the State of Tennessee and was produced by the Heritage and Historic Preservation Committee.